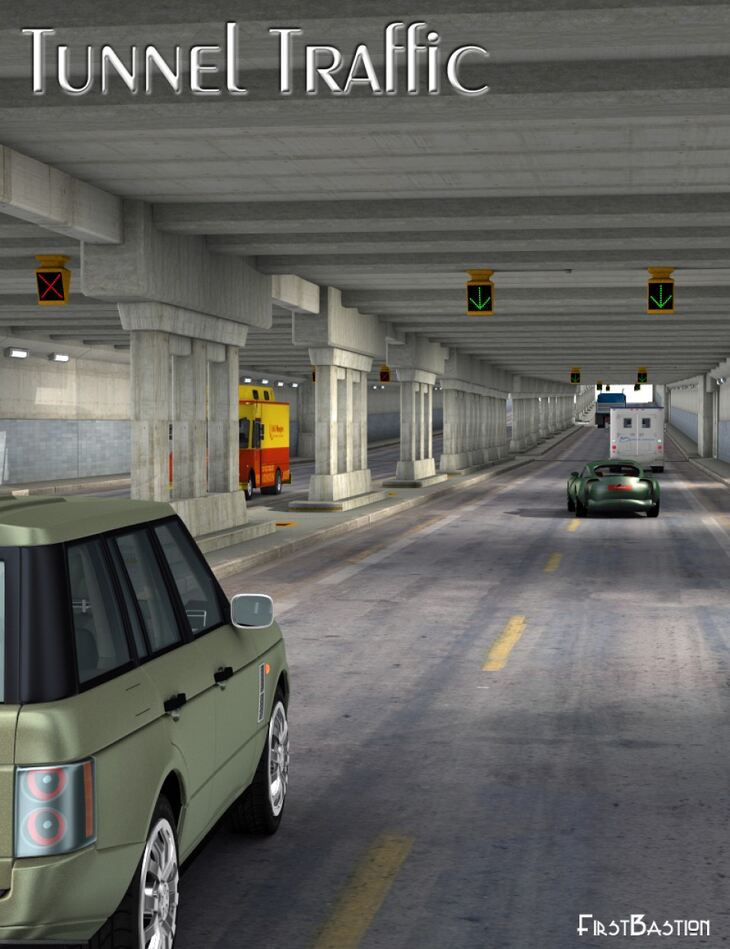 Tunnel Traffic is a 3D interior road tunnel as seen in many North American cities often used under rivers or to cut a path through densely populated areas. The divided four lanes of road have directional traffic markers hanging from the ceiling to guide the traffic depending on volume.

Traffic Tunnel are often used to move vehicles through denser parts of the downtown core, and occasionally under rivers and other landscape obstacles. This four lane highway, has ample shoulders on either side for the unfortunate breakdown or to allow emergency vehicles access. Ceiling height can allow most standard height truck to fit.

Note: There is a hint of the end of the tunnel in the distance, but this is primarily an interior set. Two optimized versions for both Daz Studio 3Delight and Daz Studio Iray included.