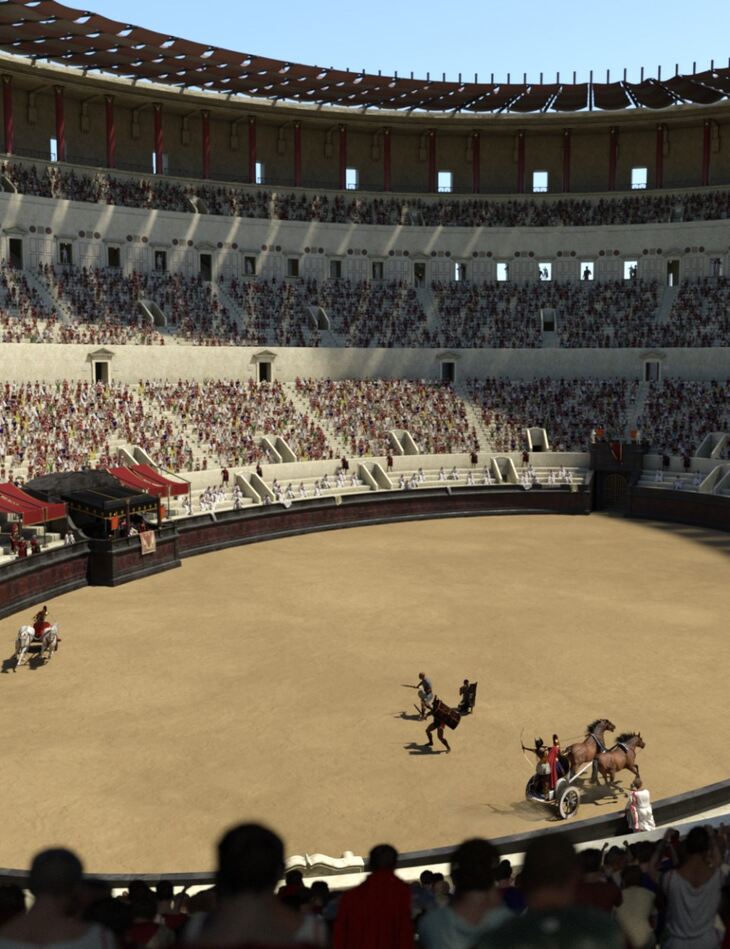 The Roman Colosseum (originally called Amphitheatrum Flavium - Flavian Amphitheatre) is modelled as it was in its glory days - at the time of the inaugural games in 80 AD, under Roman emperor Titus.

The set contains the famous façade (fascia), seating area (cavea) and all the inner corridors and stairways (vomitoria) in three levels with which the 50.000 spectator amphitheatre could be crowded and emptied in only tens of minutes. The set also has a circular awning stretched over the whole seating area (velarium).

Included are the grand entrances for the emperor, vestals, magistrates and gladiators, and the 76 entrance gates for spectators. Also included are the imperial, magistrate and announcer boxes with several props, arena gate of life (porta sanavivaria), gate of death (porta libitinaria) and awnings for the vestal virgins and senators.