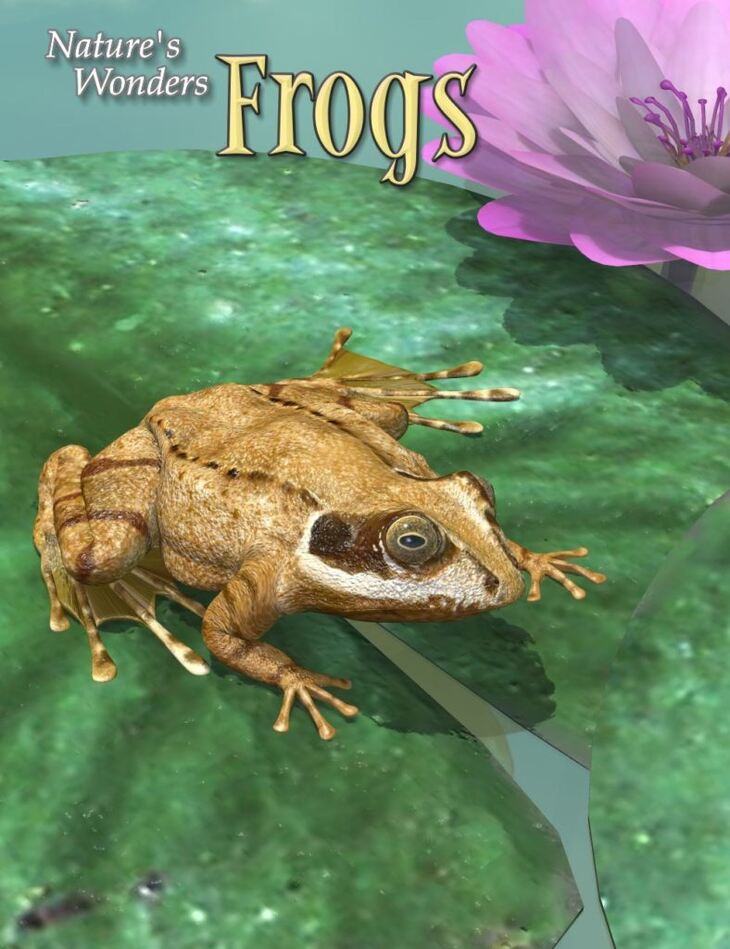 Frogs have been featured prominently in folklore, fairy tales, and popular culture. They tend to be portrayed as benign, ugly, and clumsy, but with hidden talents, such as turning into a Prince. Toads have a more sinister reputation. It was believed in European folklore that they were associated with witches as their familiar spirits and had magical powers. The toxic secretions from their skin were used in brewing evil potions and also in creating magical cures for human and livestock ailments.

This model comes with the California Red-legged Frog made famous by Mark Twain's story, "The Celebrated Jumping Frog of Calaveras County" and the European Common Frog, who is believed to be the inspiration behind the Brothers Grimm story "The Frog Prince". The set comes with two versions - a Poser version that supports Superfly (requires Poser 11) and Firefly rendering and a DAZ Studio version which supports Iray and 3Delight rendering.