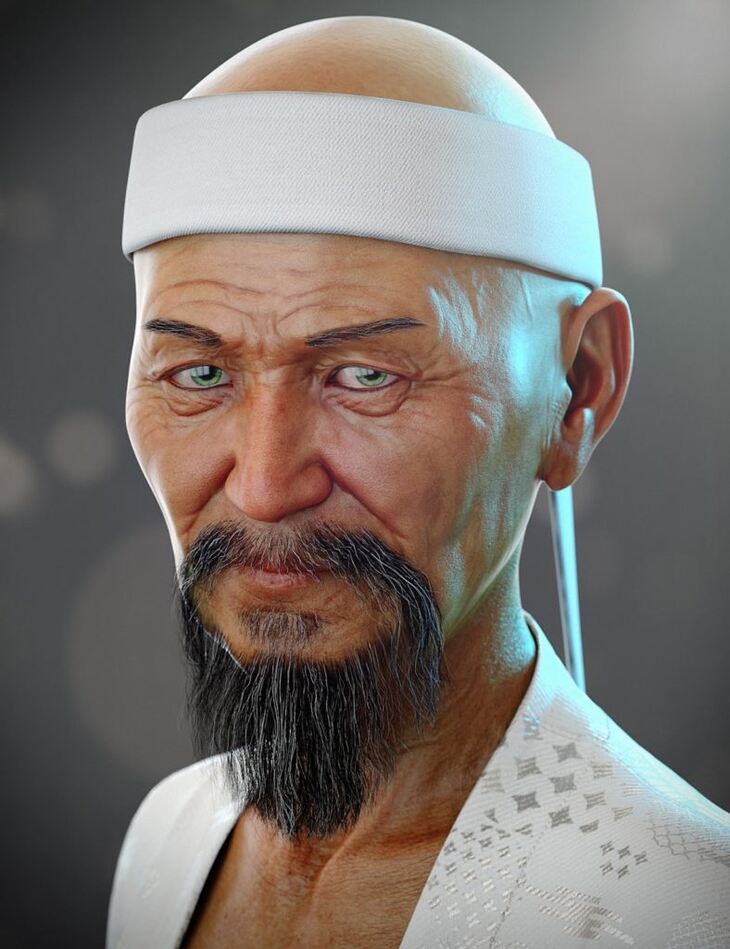 Help represent traditional Asian style and faithful dedication to martial arts, represented through wisdom and dignity with Mr. Woo. Either as a standalone character or companion to Mrs. Chow, Mr. Woo is a strong tribute to the most prevailing characteristics of traditional Eastern style and form.

As a true gentleman with a warm smile, in this set, Mr. Woo represents everybody’s favorite and friendly uncle or dedicated husband. He is featured with a neatly groomed short hairstyle, dressing comfortably in a combination of smart casual and classy traditional, with a touch of martial arts authority.

The pro bundle forthrightly asserts the image of a man who has dedicated his life to martial arts. Through discipline and respect, he has preserved this fine art and is expressed through every condition of his character. From how he poses, through to his fashion and hairstyle, Mr. Woo in the pro bundle is a true master.

Key advancements with the Genesis 8-based Mr Woo 8 include:

Backward Compatibility
The most backward compatibility ever, through included clones for Genesis, Genesis 2, & Genesis 3.

Updated Eye Technology
New eye design aligns render speed with render speed of the rest of the face without compromising realism. Eyelashes have been made into separate conformers for improved performance and more versatility.

Default Pose Change
Improved default pose to allow for the creation of new types of content.