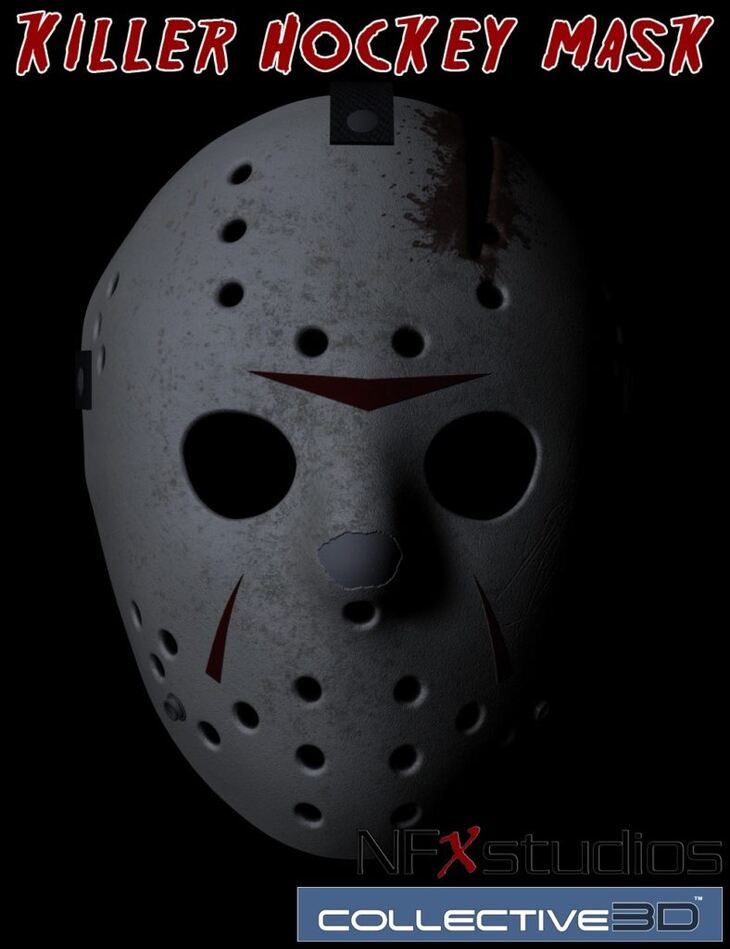 They say he died as a boy, but he's out there. Silent. Watching. Waiting for you to be alone. Rumor says he is the vengeful, deranged killer who still inhabits the long abandoned summer camp. But those who know the truth aren't talking -- because they're all dead.

The hole pattern in the Killer Hockey mask is created entirely with displacement and opacity maps, which means they can be changed around quite easily using your favorite image editing software. Two different hole patterns and textures are included - the Killer Hockey Mask design, and the base sporting goods goalie mask it was based on.