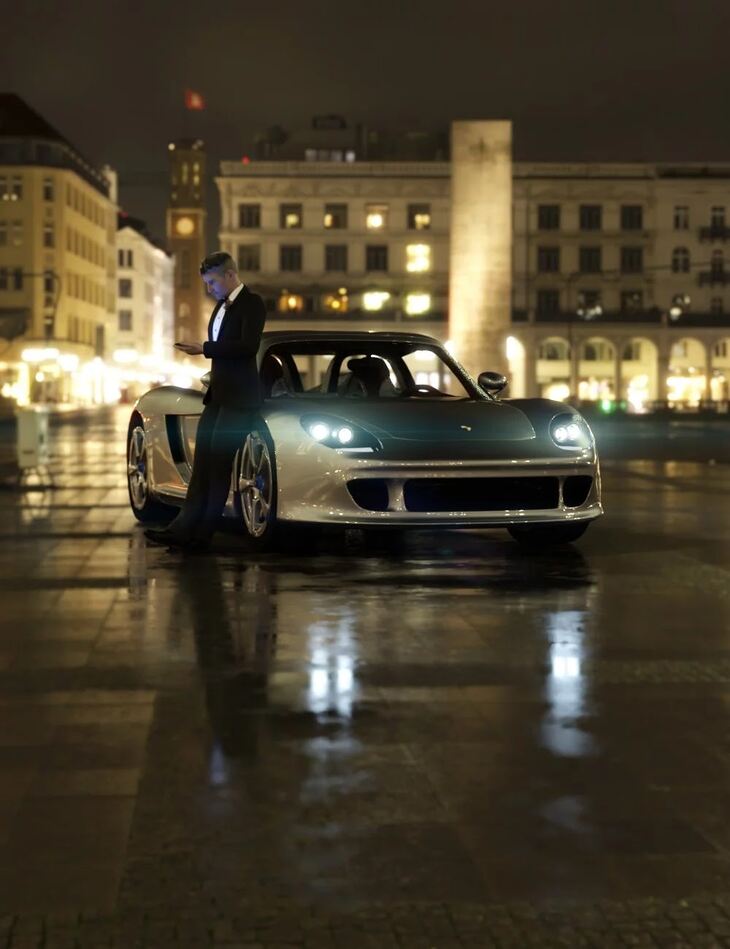 Iray HDRI Toolkit is a collection of tools that allows your characters and props to further interact with your HDRI backgrounds. Included are Shadow catchers, occluders, and reflectors. All three prop categories use the scripted Matte function in Iray, which hides any geometry behind the Matte object whilst still catching shadows or providing reflections. They work in a similar way to the 'Draw Ground' feature in Iray, but with an extended range of features (such as reflectivity) and an extended range of shapes.

Daz Studio already provides a Draw Ground feature which provides ground shadowing. If you want to cast shadows anywhere else though, you can use Matte shadow catchers. The provided props allow you to mimic the shape of scene items and cast shadows onto them. This is useful if you want a character to sit on a chair, lay on a bed or cast shadows onto a wall.

Occluders are similar to shadow catchers, but also catch a small amount of reflectivity. They are meant to mimic the shape and material properties of scene objects that your character/prop will interact with, or position behind. This is useful if you want a character to stand behind an object such as a vehicle, pillar, table, wall or window.

Reflectors offer a more robust way to 'ground' your character within the scene. Lots of HDRIs include water, wet surfaces, glass, glossy floors, shiny metals, and plastics. If your character is not reflected by these surfaces, it can be a distraction. By mimicking the shape of reflective surfaces within the scene, you can have realistic reflectivity, thus further grounding your character. These props will only reflect objects within your scene, and not the HDRI itself. There are also textured versions of these reflectors which allow you to replicate grungy or rougher reflective surfaces.